Who did a healthcare facility call when its own water systems needed some major TLC? A-C Technology Solutions.

A state-owned and operated facility hadn’t upgraded its hard-wired, stand-alone potable water system in decades. As the facility expanded over the years, it was becoming more and more cumbersome to manually control, monitor and record water usage at the various water well, pump station and tank locations.

Designing, installing and programming a state-of-the-art industrial automation system that allows the client to manage and control not only the potable water sites but also the water treatment, waste water and irrigation systems from any touchscreen device.

The client runs a state-operated healthcare facility located in the foothills of the majestic Sierra Nevada mountains that serves people with developmental disabilities. The facility initially opened its doors as a state hospital back in 1953 with 200 residents. Today, it sits on over 600 acres and employs approximately 1,300 staff members. Its sprawling campus is like a city unto itself: in addition to home residences and training/work sites, the campus includes an auditorium, two gymnasiums and swimming pool complexes, athletic field, religious center, education complex, professional library, two cafes, crafts store, fashion center, police station, fire station, hospital, maintenance shops, and has its own water supply and power plant. Originally, the facility was built by California’s Public Works department, who employed the appropriate technology that was available at the time. But as it grew in size, it became cumbersome to manually control the several potable water supply systems—not only was it labor-intensive, but it was becoming increasingly more difficult to manually record data by hand at each well and tank site dispersed throughout the immense property. And since the system was hard-wired, there was no way to be notified of an issue unless someone was physically there to discover it. It was clear that it was time for a technological upgrade to the facility’s water supply system. The Public Works department was already impressed with A-C Technology Solutions. A-C had worked in the past on some general service calls and electrical troubleshooting issues, so the client called A-C once again.

The initial scope of the project was to design, install, program and start up a wireless data system for the various potable water wells and tanks located on the facility’s expansive grounds. But after the A-C team had a chance to review the entire campus, the team also included a water treatment station located in the facility’s kitchen as well as the waste water and irrigation systems. To bring its vision to fruition, Allen Bradley Rockwell Programmable Logic Controllers (PLC) hardware and software were employed in order to automate the entire system; the team also used variable frequency drives (VFDs) to regulate pressure and accurately control the gallons-per-minute pumped from each well; and installed Wonderware Intouch Human Machine Interface (HMI) software as well as Mobility software applications and Dell Rack servers which generates and stores historical reports, automatically record activity and alert the client of any problems, issues or inconsistencies – all from an iPad or any linked touchscreen device, no matter where the location. The client can also access the entire system remotely from anywhere in the world via an Internet connection and browser using a web server or VPN connection.

A-C Solutions developed a one-of-a-kind industrial automation system that allows the client to oversee and control water flow, daily usage and tank levels right from any touchscreen device. It even has the power to fully turn tanks on and off from a remote location. This complete overhaul of their potable and waste water systems has created a much less labor-intensive method that saves the client both a significant amount of time and money, provides a much higher level of water quality and conservancy and helps the client to easily meet the ever-increasing state and federal guidelines.

“We expected A-C Technology Solutions to bring our facility’s potable water system to present-day standards. But they ended up coming in and brought our entire water stations to a place where we couldn’t even imagine. Now we control everything right from our touchscreen devices—it’s pretty amazing.” 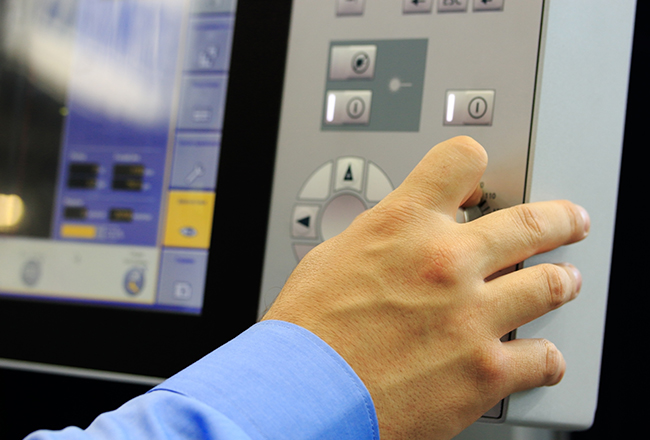