Without a plan for water, this housing developer’s project was all washed up until A-C Technology Solutions flushed out a brilliant solution.

A housing developer needed a comprehensive plan for a new water supply system that fully integrated with an existing system in order to get the green light on the project. It also needed to implement an off-grid solar power system due to its remote location.

Designing, fabricating and programming an automated, robust, reliable hybrid telemetry system that monitors and controls the entire water treatment and distribution system for the existing and new housing developments, while also ensuring that it’s scalable for any future phases.

The client is a family-owned business which has been developing and building master planned communities in California’s Central Valley region for over three generations. The client has a reputation for building eco-friendly, high-quality, affordable homes. While planning to expand one of its existing developments, however, the client faced a major problem: providing the new development with a reliable water supply system that would feed from an existing surface water treatment plant and support an existing golf course irrigation system. The client was not allowed to move forward with its project until a fully-developed plan was laid out for and approved by the Authorities Having Jurisdiction (AHJ). When asked about who to turn to in this situation, AHJ promptly suggested that the client contact A-C, with whom the agency has had a longstanding relationship. In fact, AHJ informed the client that A-C Technology Solutions had an intimate knowledge of systems and technologies that would solve its problems, and also had proven track record of providing customers with outstanding support. Soon after, the client engaged A-C to take on complex project.

While attempting to integrate the new water supply system into the existing surface water treatment plant, several roadblocks emerged. After careful consideration, A-C compiled a comprehensive list of requirements needed in order successfully implement this integration, as well as its current and long-term goals:

Since portions of the development were to be built in a remote location, an autonomous solar photo-voltaic (PV) system was needed to power the RTU (Radio Telemetry Unit), which would also be installed in this remote location. These systems had to be properly designed and installed in order to provide a reliable source of power for the RTUs throughout each night and also during possible inclement weather conditions.

Once A-C Technology Solutions laid out a plan, a team of its experienced engineers got right to work. First at task was to conduct an extensive field path survey for each of the remote sites. These surveys – which included completing an RSSI (Received Signal Strength Indicator) study to further verify that the received radio signal strength was appropriate for the project – allowed A-C to determine the exact location and height needed for each antenna to provide a reliable communication system for the new raw and finished water tanks for the new housing development. During this phase of planning, A-C also had to calculate what was needed for future expansion. The team designed a scalable wireless system which ultimately expanded the wireless telemetry (including upgrading the existing obsolete telemetry system), allowing for the addition of future sites for valve control at a new potable water filtering facility, as well as installing the necessary technologies in order to tie in a future potable water filtering system. A-C Technology Solutions also noticed that the current housing development’s existing hard-wired system was already out of date and indicating signs of end-of-service, so  this system was replaced.

Once the surveys were complete and the exact sites for the solar power system determined, the team began the design and installation process. A-C carefully calculated the appropriate size and physical placement of the solar/battery system so it could provide uninterrupted power 7 days a week, 365 days a year, no matter what inclement weather affected the region. This was especially critical since the potable water system was also utilized for the housing development’s fire safety and hydrant systems.

The next step was to specify and configure a protocol convertor that allowed the new Allen Bradley PLC (Rockwell Automation PLC) and the supervisory control and data acquisition system radios to communicate with the existing Schneider Modicon CPU through the Modbus RTU (remote terminal unit protocol). A-C had to integrate the newer hardware, software and communication protocol technologies with the existing SCADA system and the legacy Modicon controllers. Ideally the system would have included an upgrade for the legacy systems that were in use. However, since this project didn’t allow for the upgrades, A-C had to create a way to integrate the older systems with newer ones, which became one of its biggest challenges. Next, the parameters of the remote terminal programs included providing the proper feedback and control for each remote tank in order to deliver consistent water flow to both the new and existing potable water systems. The system also needed to monitor and control the valve at the new raw water tanks to ensure that there was no backflow to the lake pumps, which were regulated by the existing Modicon Momentum programmable logic controller. A-C Technology Solutions accomplished this by modifying the logic controller and interfacing it with the Allen Bradley PLC via Ethernet Radios so that they communicated without interruption. Once this was in place, the new raw water tank was kept full while they activated the lake pumps when needed to keep the raw water tank full. This provided the required amount of water to the existing potable water plant as well as to the existing golf course pond.

A-C Technology Solutions was ultimately able to design and develop a system that seamlessly integrated with the legacy system, proving to be extremely reliable and completely scalable for future upgrades and expansions. The industrial communications protocol converter, the Ethernet Radios, new platform PLCs and the strategically-placed solar power system that A-C specifically developed for this project were all keys to its overall success and reliability, which is still evident nearly three years after it was implemented.

“There was a time when we didn’t think we could make this housing development expansion happen. But once A-C Technology Solutions got involved, A-C worked out a smart, reliable solution that’s seamlessly working today, and will no doubt carry through to more expansions in the future.” 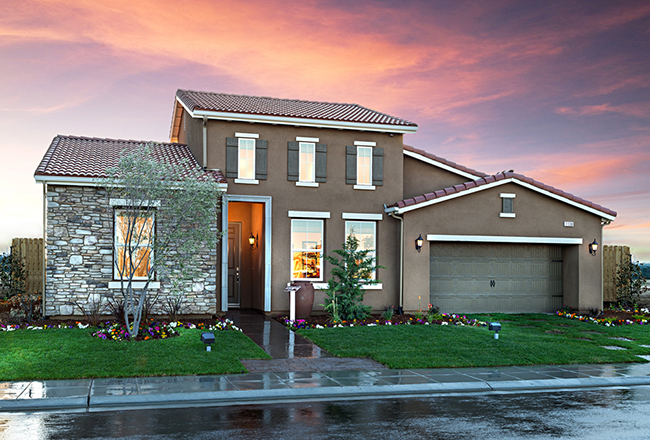