How do you keep your technology as fresh as the produce you’re tracking? Call A-C Technology Solutions.

Reducing the number of missed bins and creating a more accurate method of tracking fresh produce from farm to end customer.

Continuously upgrading scanners and technologies in order to meet the changing needs of the client.

The client is one of the world’s leading vertically integrated producers, marketers and distributors of high-quality fresh and fresh-cut fruits and vegetables, as well as a leading producer and distributor of prepared fruits and vegetables, juices, beverages and snacks throughout Europe, Africa and the Middle East. The company has been known for their product innovation, quality, freshness and reliability since 1892. The client sources its produce within its own integrated system of company-controlled farms. Its fresh-cut products are prepared to meet and exceed international food safety standards and meet the needs of its business customers as well as the consumer, and arrive ready-to-serve.

As one can imagine, the process of picking produce in the field then delivering it to the end user is continuously evolving. It is of utmost importance that each and every bin be tracked in order to ensure quality control. After all, if a food-borne illness is discovered and the client cannot pinpoint where the bin came from, it could put the company at serious risk. The FDA actually requires the client to to track which farm and which field each product comes from, so a sticker is placed on each bin to indicate its exact origin. For years, the client relied on employees to mark the bins by hand, but this tedious job had been replaced with the onset of computers. At some point a third party provided the client with barcode scanners at its Kingsburg, CA location, but by 2010 they had hired another provider to upgrade the system and it turned out to be a continuous uphill battle: not only were the scanners not working properly on a day-to-day basis, but they would also be down for weeks at a time. This caused a plethora of problems including missed bins and inaccurate bin information, which delayed the production process and caused major quality control issues. Since the client had worked with A-C Technology Solutions (A-C) on projects in the past and was happy with the work, the client called A-C in to try and solve its issues.

The A-C team came in and demonstrated its expertise and work ethic immediately. The client states that the two team members assigned to the business went above and beyond for them, even giving out their personal cell phone numbers they could be called any time, day or night. The client also recalls the A-C Technology Solutions team tirelessly working in 110-degree temperatures, and never once making them feel like any questions or concerns weren’t valid. A-C even went so far as to show up in the middle of the night to properly line up the scanners as scan lines can be easily seen on the bins in complete darkness. But it wasn’t only A-C’s work ethic that provided them client with a system that the client considered seamless, flawless, and exactly what was wanted it and needed was also A-C’s technological expertise and creativity. A-C readjusted the barcode scanners by modifying the Allen Bradley Rockwell Programmable Logic Controllers (PLC) hardware and software equipment that was already in place, which kept costs down. And the A-C team employed a Visual Basic Interface with TCP Wedge, which automatically created a spreadsheet with all the bin information, proving to be a much more efficient process. The client was so impressed with A-C’s work and with the relationship that was formed, the client hired A-C for service calls on a regular, on-going basis.

A few years later, the client closed its Kingsburg, CA plant and consolidated its operations at its Modesto location. Due to the new location’s much stronger internet service, there was no longer a need for a link in order to populate the bin information. A-C Technology Solutions got right to work on modifying the process once again, which included creating dual barcode scanners in order to provide a bigger window to read and record the bins, further streamlining efficiencies and increasing quality control.

Each year, A-C finds way to evolve the system in order to keep up with the client’s changing needs. In fact, the most recent modifications include replacing the barcode scanners with SICK optical scanners (OCRs), which are high-speed cameras that can read, inspect, locate and identify features in the acquired image data. Once the scanners capture a wide field-of-vision picture, the information is directly sent to a PC at the local plant as well as to the accounting software for better redundancy. To make this happen, the A-C team employed a touchscreen computer with a Visual Basic interface and TCP wedge, which creates and maintains a connection to the remote computer.

Over the years, A-C Technology Solutions has proven time and time again that its depth of understanding, experience and capabilities save the client time and money while greatly improving accuracy and reducing quality control risk. Even though the client has an Integrator as part of its team, the client trust A-C with its systems and team members instead of its own in-house staff.

“The system that A-C Technology Solutions implemented was everything we had hoped it would be. And working with A-C was just fantastic – A-C always made us feel like we were its most important client, even though we knew we weren’t the most lucrative. Not only is A-C corporate structure extremely supportive, but its employees are off the charts great.” 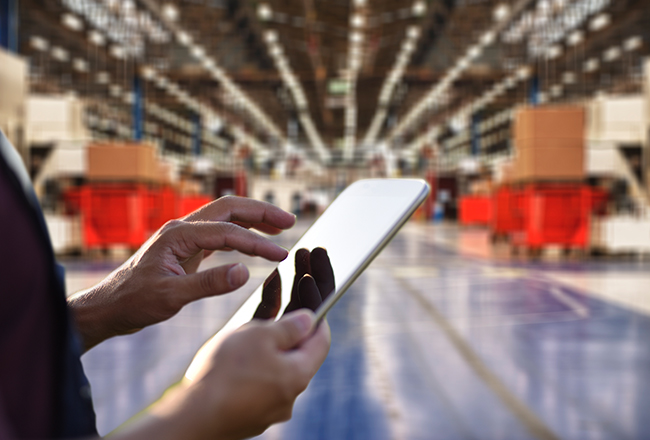